1… Comparing the Washington Public Trust to the Investment Trust

The third concern raised by legislators was how the Washington Public Trust could avoid being continuously gutted or “swept” by the State legislature the way the Public Works Trust Fund and the School Construction Trust Fund have been gutted of over two billion dollars during the past six legislative sessions. The Washington Public Trust bill includes the creation of a five member Commission of Statewide elected officials (the governor, the lieutenant governor, the state treasurer, the superintendent of public instruction and the commissioner of public lands). The Commission in the Washington Investment Trust is also five statewide elected officiers but the officiers are different ((the governor, the lieutenant governor, the state treasurer, the auditor and the Attorney General). Because the Auditor is responsible for independently auditing the Trust, this person should not also be on the commission for the Trust they are auditing.

These five statewide elected officiers are charged with protecting urgently needed public project funds from being swept by the State legislature unless such funds could be removed from the Washington Public Trust without affecting the Trust’s ability to carry out its mission of funding public projects.


Why Loans From the Washington Public Trust Would Not Count Against the State Debt Limit
The GO survey includes loans from state or federal agencies in the category of “revenue debt.” These loans are exempt from being counted against statutory municipal debt limits under RCW 39.69.020. In addition, they are most often used for construction or upgrades of facilities, such as water and sewer facilities, that collecte fee revenues to pay off the debt. Examples include loans from the state Public Works Trust Fund. Because most of the Public Works Trust Fund loans are utility infrastructure loans in which user fees payable into special funds are pledged for repayment, these loans fall under the special fund doctrine and are considered revenue bond debt, rather than a debt of the municipality. (Municipality of Metropolitan Seattle v. Seattle, 57 Wn.2d 446, 357 P.2d 863 (1960)). As quoted in the State Auditor’s Office BARS Manual at http://www.sao.wa.gov/local/BarsManual/Documents/gaap_p3_limitindebt.pdf


A fifth benefit of limiting the Washington Public Trust to public works and public school projects is that they can clearly be defined as “investments” rather than debts. Public agencies have to be able to make investments in order to protect the health, welfare and safety of the citizens. In fact, the Washington State Constitution provides that it is the “Paramount Duty” of the State to amply fund our public schools. The Washington Public Trust would allow the State to more efficiently carry out this paramount duty by avoiding the billions of dollars in fees and interest payments currently being spent on private for profit commerical bank loans.


A sixth benefit of limiting the Washington Public Trust to public works and public school projects is that it would insure the safety of funds held by and used by the Public Trust. It is a fact that no school district or other government entity in Washington State has ever failed to meet its financial and/or contractual obligations.

In fact, nearly all local government entities including school districts are required by law to meet their financial obligations. Thus, there is literally no risk to the Washington Public Investment Trust – just as there was no risk of default with the Public Works Trust Fund.

While the Washington Investment Trust model is more like the Bank of North Dakota, experience over the last 8 years has shown that it is far less likely to pass the State legislature. In order to help legislators gain more faith in the Public Trust model, we should therefore start with a limited Washington Public Trust which can then be expanded as it proves its worth to the legislature over the years. 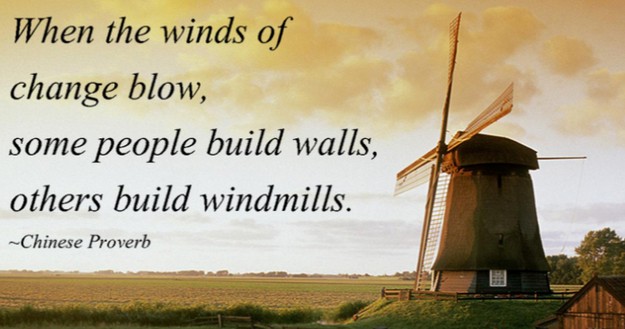